Charlamagne Tha God has chimed in on Kanye West’s latest antics, calling the rapper’s actions “lame.” Ye has been teasing Pete Davidson on social media and appealing with his estranged wife, Kim Kardashian, to reconcile. Kim’s concerns that Kanye’s threats against her boyfriend Pete would drive someone to harm him were addressed on The Breakfast Club. During a section of The Rumor Report, Charlamagne revealed his thoughts. “Just because someone does something good for you doesn’t mean they’re good for you,” he remarked, referring to Kanye West.

“As I’ve mentioned before, wolves don’t make good home pets, and he’ll learn that on the streets.” He needs to quit acting so childish,” he added. “Kim K has also been wealthy her entire life.” She’s been wealthy since she was a child. Right? She’s now a millionaire. So, what do you get the woman who already has it all? Normalcy.”

“That’s what Pete is providing her right now,” Charlamagne concluded. Normalcy. Staten Island, pizza, and ice cream… It irritates him that he has so much money and she isn’t interested in any of it right now. “All you have to do, king, is be a good parent to your children and let the marriage go.” 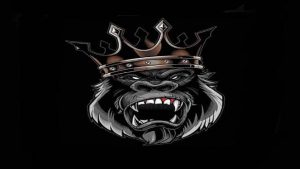 Charlamagne Says This Is “Lame Behavior”

“I thought Kanye’s bar to Pete was corny as hell, I thought it was corny,” Charlamagne told The Brilliant Idiots. I didn’t like it…what happened to Jesus? What happened to God? You weren’t even cursing on your records and now all of a sudden you wanna beat up Pete Davidson?”

Charlamagne was referring to the line, “God saved me from that crash/Just so I can beat Pete Davidson’s ass.”  Charlamagne added that he “didn’t respect” the lyric and said he’s “been tired” of Kanye’s antics.