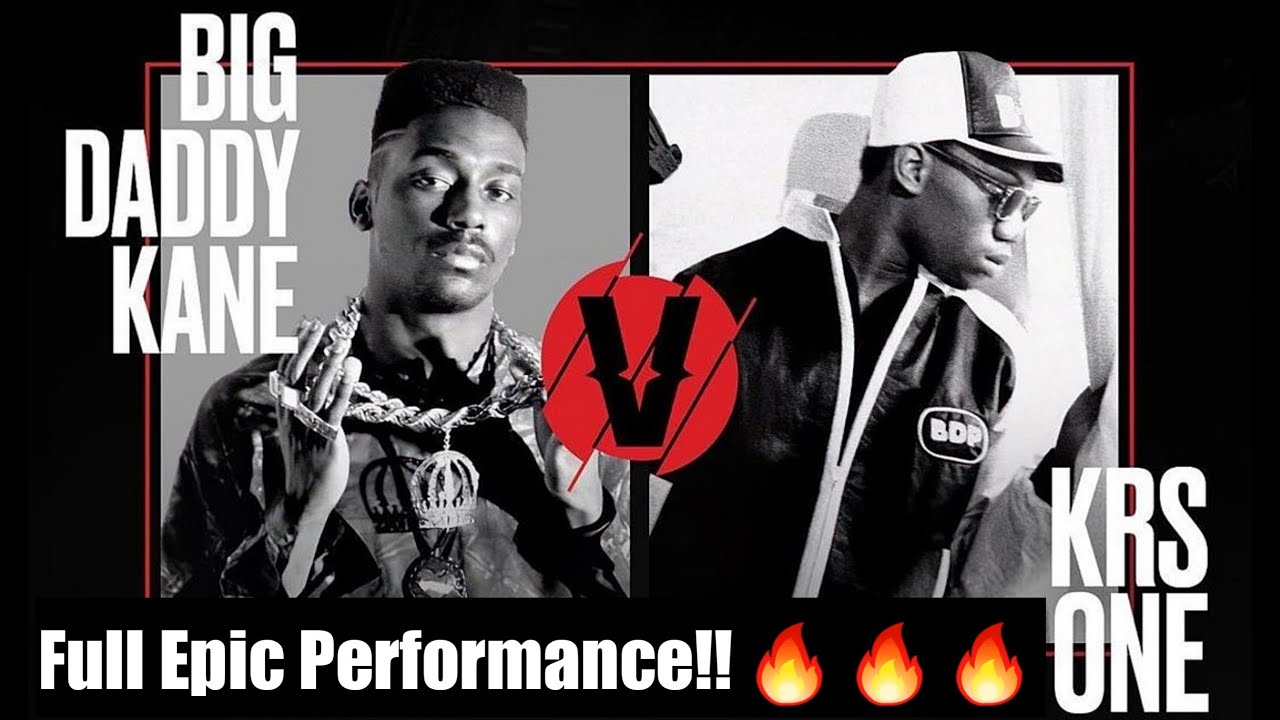 On Sunday night (October 17), Hip-Hop fans were treated to a Verzuz match up between 80s Hip-Hop legends, Big Daddy Kane and KRS-One. There were freestyles, surprise guests, and some noteworthy banter between the two participants and their DJs—Kid Capri and DJ Scratch, representing Kris and Kane, respectively. During AFH’s recap of the event, the hosts noted that there seemed to be some behind the scenes tension playing out on the stage, between Big Daddy Kane and his DJ for the night, DJ Scratch.

On Monday (October 18), Scratch posted on Instagram the agreed-upon run of show. In the caption, he acknowledges the tension, and alleges that KRS deviated from the plan and caused some confusion for the DJs and Kane. In addition to posting what was supposed to be the run of show for the Verzuz battle, Scratch offers an explanation for what happened to make for some seemingly awkward moments. “This is the show program from last night. I was just following the assignment. KRS abandoned the assignment after the first round of the freestyle battle segment without telling Kane. After the show, Kid told Kane & I that he didn’t know about the DJ part. So he thought I was being aggressive for no reason. Not all all, KRS threw shots all night, we throw shots back. It’s @Verzuz, all in fun & laugh & hug when it’s over regardless of the outcome. A EPIC night & a big win for Hip Hop!!!”

Despite KRS-One’s alleged deviation for the order Kane and Scratch expected, Kane executed his game plan perfectly. “I Get The Job Done” is the name of Big Daddy Kane’s 1989 Teddy Riley-produced single. Kane entered his Verzuz against KRS-One as the perceived underdog by many Hip-Hop Heads. Kris Parker has an album catalog that is more than three times larger than his friend, collaborator, and counterpart. With Boogie Down Productions, KRS achieved three gold albums, in addition to matching the distinction with his third solo album, I Got Next. That sum doubles Kane’s, which includes gold plaques for his first two solo LPs. Some argued that Kris had more impactful records to grab from within those bodies of work and thus could succeed in the Verzuz format.

As speculated in a recent episode of Ambrosia For Heads’ What’s The Headline podcast, it would take Kane to be on his A-game to properly compete with KRS—something he has always wanted to do. However, on Sunday, King Asiatic did just that—regardless of who viewers considered the winner (something of inevitable debate). The battle was unconventional, with KRS going 19 rounds to Kane’s 18—both short of the usual 20; a matter which Scratch’s post potentially explains.

Recorded moments after the October 17 battle, this week’s episode of What’s The Headline podcast (embedded below) examines how Kane competed on the highest level—earning a win from at least one of the AFH hosts. Kane performed full songs, using his catalog strategically. He delivered bars with precision, breath control, and excellent mic clarity. Kane presented deep cuts with conviction, such as Juice soundtrack highlight “Nuff’ Respect” as an unlikely—but successful display during the second round. Moreover, Kane offered some exclusive and contemporary material, showing that, like his opponent, he had noteworthy catalog in the ’80s, ’90s, and verses well past Y2K. While KRS involved the Brooklyn crowd with a call-and-response style—and letting fans participate in the bars and choruses, Kane treated his act as a showcase in more than a few places, playing to the virtual attendees differently than his opponent. Kane used the platform to give his Juice Crew band-mate Roxanne Shanté all due flowers (strategically coming immediately after KRS-One performed BDP’s “The Bridge Is Over” diss). He also honored his fallen brother Biz Markie at the top and gave Big L some late-round props, too. Kane involved Nice & Smooth for a performance that came at the right time and may have been tighter than some of the night’s other surprise guest appearances. In one of the closest Verzuz matchups to date (by our count), this was a supreme showdown, with Big Daddy Kane playing up to compete with Knowledge Reigns Supreme at the highest level. Like the song he performed, Big Daddy Kane got the job done—no matter what anyone’s final scorecard says.