With Real Is Rare being all over social platforms, Kidd Kidd decided to drop the music video for his single Gang off the project.

“In these times, there are very few individuals who are just real – either with themselves or with those around them,” Kidd Kidd said. “Everybody is just faking it in some kind of way. That’s where my whole brand Reallionaire comes into play. It’s a whole way of life. Being real is rare – it’s rare to find people who are gonna be 100 percent real with you. I feel like I’m one of those last artists who is real.

A lot of artists today act as if they have to prove something or do something stupid so people can look at them as a real person. People don’t understand the dumb shit you do doesn’t make you real. Just because you’ve been to jail doesn’t make you real. It makes you dumb. So this project is to get the buzz going and the energy back to where it needs to be as people realize I’m on the scene, because I’m one of the last dying breed.”

Right off the bat, listeners will be captivated by Kidd Kidd’s voice which has a deep raspy-ness that’s indicative of Tone Loc, but which has its own style and flavor. The song has a vibe to it which makes again proves that Kidd Kidd got what it takes to blend it when it comes to different styles. In the track Kidd Kidd mentions his partner brand “Lasserre” whom he teamed up with back in 2018.

“Everybody sounds like somebody nowadays, and there are only a few original artists out there,” Kidd Kidd said. “I’m one of those. I have my own style. I give you real and raw. And I got bars – real bars. Being authentic and original and just being me is what my music is all about.”

CLICK ON THE BUTTON RIGHT NOW AND BECOME A NEW FAN 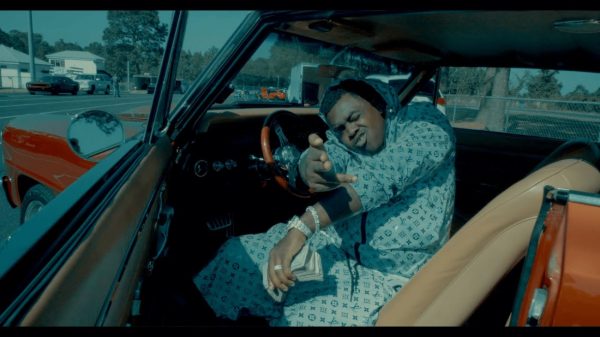