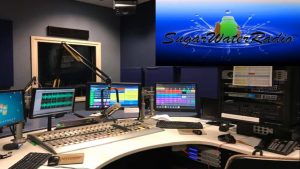 Hosts DJ Franchise and Nu Girl are the new dynamic duo of Hip Hop infotainment. Besides hosting the show, the two can be seen giving up close and personal video interviews, and grabbing the attention of stars at red carpet events. DJ Franchise is one of the most talented in the game with the baddest mix tape on the streets “DJ FRANCHISE… I’M GOIN IN!,” Nu Girl has a background in entertainment that includes acting, writing, directing, producing, and fashion. Combined with the talents of celebrity photographer Stella Magloire and a growing team of talented industry professionals, Sugar Water Radio is the one to watch as the new face of Hip Hop Infotainment.