In the wake of Nas ghostwriting rumors, Quentin Miller leaves.
I like Quentin Miller as a person. In my heart of hearts, I can sense it. Drake’s nagging rumors are now following him around, but Nas is a different animal. Nas has been crowned as our lyric king! We will not tolerate any slander directed against Nas. Not Quentin or Nas, but rather the haters, are to blame for this slander. or Jay-Z supporters. Nevertheless, Miller is annoyed by it! And today he vented on Instagram (Tuesday). He didn’t precisely erupt in rage as was claimed. But he did allow himself to express himself freely!
He “worked with Nas” first, of course. Therefore, it cannot be said that he wrote or ghostwrote for Nas. Whatever he did, it was sufficient for him to receive credit on the song. I don’t believe he received payment, but he undoubtedly benefited from having such a well-known author publish his work. In essence, he claimed that he discussed certain ideas.
He made a reference to writing for other people. However, the times are different now. Rappers no longer write every letter, word, and line of every song, as was once the case. Some people still adhere to the outdated guidelines, although top-tier artists do not. 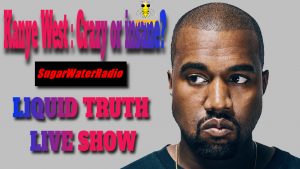 CLICK ON THE ENTER AND GET THE FULL SHOW ON SWTV

In the wake of Nas ghostwriting rumors / Quentin Miller leaves.