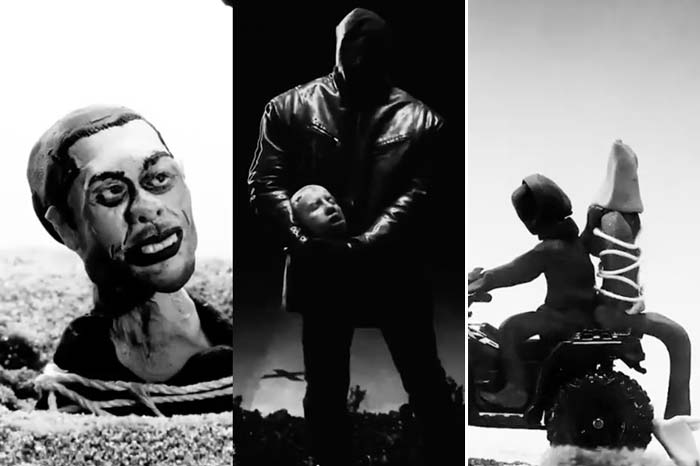 The Game had our ear before, and now he has our gaze. The spitter from Compton, California has released his new single “Eazy” alongside Kanye West. The song is a tribute to Eazy E, the late legendary founder of Ruthless Records. West and the bipolar bear, on the other hand, bounce on a minimalist track that really bumps.

In the cartoon video, “Kanye West,” the king of rumors, kidnaps and beheads Pete Davidson. This will undoubtedly cause the Internet and blogosphere to buzz about the song, which is entirely in black and white. When West threatened the comedian who is dating his estranged wife Kim Kardashian, he made headlines. Now, if you watch closely, you’ll notice that Kanye West isn’t in the video. However, his representative is present.

In "Eazy" With The Game / Kanye West beheads Pete Davidson.