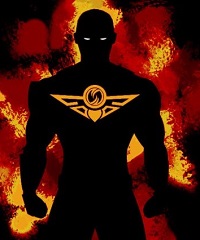 The Black Maroon returns on earth, with the corporal help of Feddy Rock who embodies this force of nature. Despite the passing of 221 years, the Black Maroon is all too familiar with the state of the world for his people. Inequality might have physically evolved to hide its true nature of repression and corruption, but it’s obvious that the world remains broken and unjust for his people. The Black Maroon vows to bring back the fight, he will attempt to fix this broken world, exposing its criminals on all levels, despite their clever camouflage.

Before Haiti’s independence in 1804, the country was known as the French colony of Saint-Domingue. A lot of enslaved men and women present on the plantations, escaped and took refuge high up in the mountains. They were called “maroon slaves”. These maroon slaves often united to attack the plantations in which the colonists kept their brothers and sisters in slavery.

These maroon slaves were the first to decide that they would rather die than continue living in chains. We don’t know the names of most of these men and women who have shed their blood in the name of liberty. 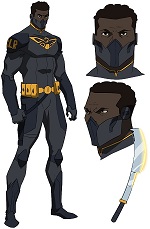 Haiti was founded by a righteous revolution in 1804, the first black republic, the first to force Emperor Napoleon to retreat, the first to break the chains of slavery, the only to aid Simon Bolivar in his struggle to liberate Latin America.

Le Nègre Marron or Nèg Mawon (Haitian Creole pronunciation), translated in English, it’s The Black Maroon, has become the nation’s iconic symbol of freedom and is viewed in the world as a symbol for the freedom of black people.

The descendants of the Black maroons are today based in Brazil, Guyana, Surinam (the Djukas, the Aucans, Kwinti, Matawi, Paramaccans and Saramaccans), Guyana (the Aluku or Bonis, the Saramakas), Cuba, Guadeloupe, Colombia, Honduras, Jamaica, Reunion Island, Mauritius, Dominican Republic and Panama.