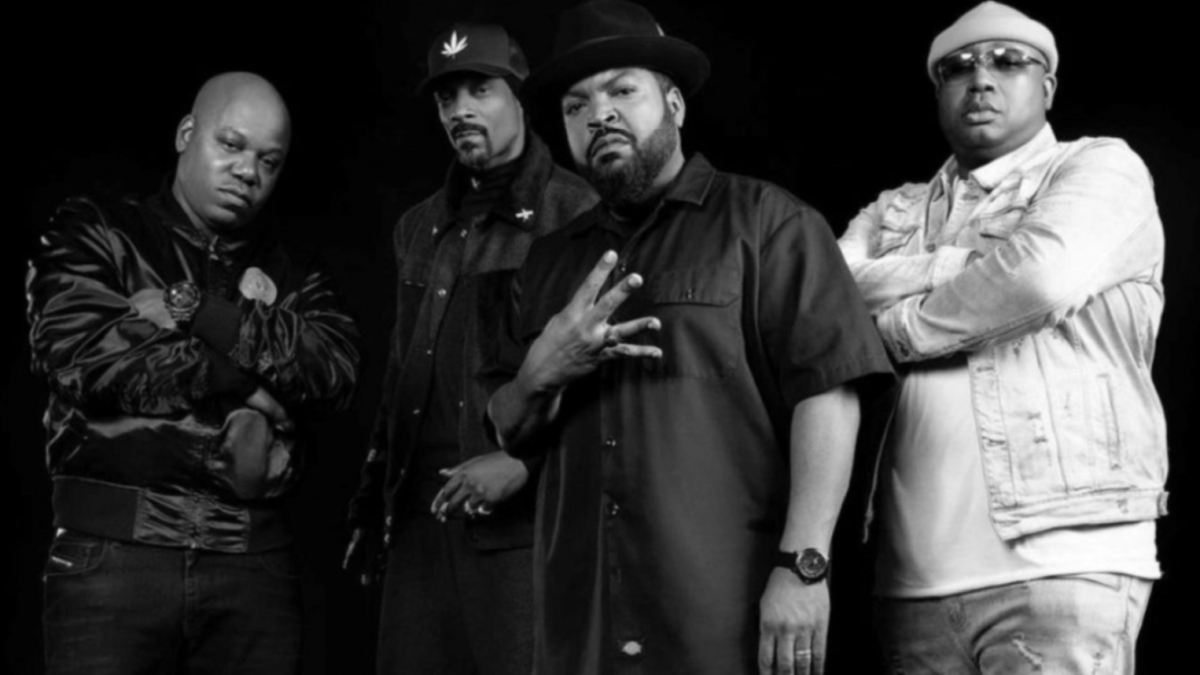 Several months after the hip-hop supergroup MOUNT WESTMORE was announced, Snoop Dogg, Ice Cube, Too $hort, and E-40 have finally released their debut single, “Big Subwoofer.” The track arrives from a compilation helmed by Snoop Dogg, who joined Def Jam as a label exec in June.

Produced by Kato on the Track, “Big Subwoofer” features a booming beat befitting the West Coast legends that comprise MOUNT WESTMORE. E-40 and Snoop glide through effortless verses while Too $hort turns in some of his signature raunchy rhymes. Closing out the track is Ice Cube, who brings much-needed energy with lyrics like “It’s a new day, still got the AK/ If these bitches wanna take it back to ’88.”

For the music video, the quartet travels in a poorly CGI’d spacecraft to Planet Snoopiter, where they perform the track in a barren landscape and party in a bar reminiscent of the cantina in Star Wars. Some of the women look like they are straight out of James Cameron’s Avatar. Watch the clip, directed by Jesse Wellens and Sam Macaroni, below.

The new single is the first preview of THE ALGORITHM, a compilation featuring artists from Def Jam’s past, present, and future that aims buck the grain of how we consume music today. “There’s so much talent on this record,” Snoop said in a statement, “so many styles of music, it breaks the algorithm. Right now, the algorithm is telling us you have to rap this way, you have to sound this way, but they’re not telling you how it’s supposed to feel. My algorithm is going to give you a feeling, not a sound.”

Earlier this year, Too $hort said MOUNT WESTMORE would be releasing their first album in April after recording “somewhere in the neighborhood of 50 songs.” The project never materialized, but they did make their live debut at a Triller Fight Club event during which YouTuber Jake Paul knocked out ex-MMA fighter Ben Askren.